Climate change worldwide is amplifying extreme weather events and researchers in the Utah Climate Center at Utah State University are using modeling tools to help people in very different parts of the world understand and plan for very different extremes.

The scientists, and colleague Jin-Ho Yoon of the U.S. Department of Energy’s Pacific Northwest National Laboratory, determined that the number of days California will be at risk of extreme wildfires may be six times the current number by the end of the century. In addition the researchers found that climate change is increasing the odds that Nepal will see an upswing in the number of blizzards like the ones behind last year’s devastating avalanche. 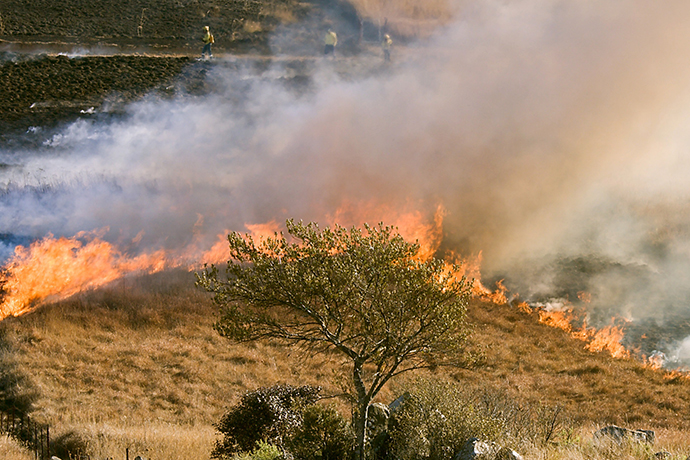 Though the fire study likely underestimates the increase in wildfire risk, compared to what has been observed for the past few decades. The bit of good news is that the model used the worst-case scenario of greenhouse gas emissions based on the premise that few steps are taken to curb them. Efforts to reduce future carbon emissions could reduce the impact on fire risk.

The estimates do not model individual future fires at a particular place and time.

"From the climate side of things, can we model individual fires? Not yet. We aren't considering ignition or suppressing factors or the way people behave," said atmospheric scientist Jin-Ho Yoon of the Department of Energy's Pacific Northwest National Laboratory. "But can we model the risk? Yes." In other words, they can predict the statistics of fire risk, which could provide a good insight into the future.”

Predictions of hotter weather seems like a logical precursor to higher fire risk, but climate models also predict a slightly wetter California in the late 21st century. At face value, this may seem puzzling – wetter but more fires? Wouldn’t a wetter climate lessen the fire risk posed by higher temperatures?

Risk managers determine fire risk using an index called the KBDI. Named for two researchers who developed it, the KBMI is a measure of drought intensity closely related to fire potential. Essentially, it computes a risk value based on daily precipitation and temperatures. For example, multiple days of hot and dry weather score higher on the KBDI scale than hot and dry days interrupted by rain showers.

To test their approach, the team compared KBDI risk values from the 1980s until now with observed data and satellite imagery of burned areas from since 1996. Years with highest fire risk coincided with the highest amounts of acreage that burned, showing that KBDI would make a suitable stand-in for the amount of land burnt in actual fires.

Then the team used a climate model to simulate precipitation and air temperatures to compute KBDI. In addition to generating numbers needed to create KBDI values, the climate model (Community Earth System Model version 1 or CESM1) also predicts wildfire probabilities based on how dry the soil is and how much vegetation is present.

Using CESM1, they simulated two periods of time: 1920 to 2005 using historical measurements; and 2006 to 2080 using the scenario where very few efforts are made to reduce greenhouse emissions, referred to by climate change scientists as RCP8.5. To see what the natural variability would look like, the team used 1800 years of pre-industrial climate data as a baseline.

Whether they looked at KBDI calculated from the models precipitation and temperature outputs or they looked at CESM1's own fire probabilities, fire risk in California takes a turn up around the turn of the 21st century. From there, the risk continues to rise -- from a current average of about 10 to more than 60 days by the end of the century.

The researchers found the increased risk of fire a little unexpected given that scientists predict California's climate to be slightly wetter on average as the century progresses. The researchers explain the fire risk increases because of a combination of factors.

“In simple terms, California precipitation falls mainly in the winter and an increase in water will grow more vegetation or fuel load,” Hipps explained. “This will be enhanced by the higher amount of carbon dioxide, which also boosts plant growth. On top of this will be a future increase in heat and drought episodes during the summer months. The result is a perfect recipe for more fires. This is what the results showed very clearly.”

Wang added, “Given the model’s ability to capture the connections between fire risk, regional water cycle, and climate oscillations in the Pacific, we are optimistic that one day such a tool can be utilized to predict the severity of fire seasons well in advance.” 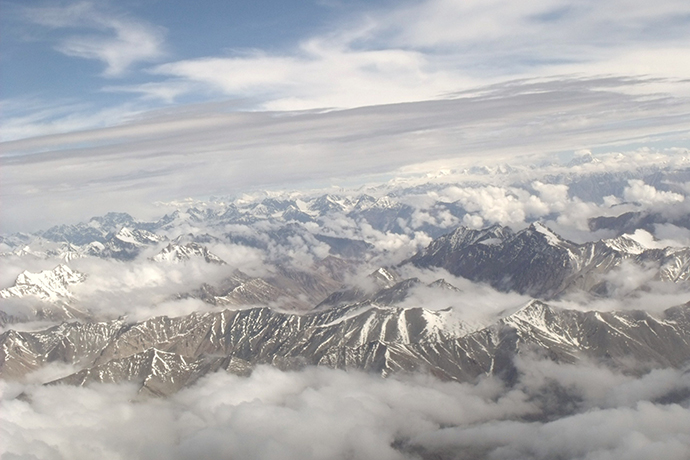 A blizzard-initiated series of avalanches that killed 43 people on Oct. 14, 2014, was the result of a confluence of weather phenomena not generally seen over the Annapurna Circuit — but which may become more common due to climate warming.

The climate researchers found that the Himalayan snowstorm of October 2014 resulted from the unusual merger of a tropical cyclone with an upper trough, an elongated region of relatively low atmospheric pressure. Tracing similar events over the past 65 years, the scientists an analyzed the change in meteorological conditions conducive to this event.

“We found a tendency for more and stronger upper troughs propagating from the Mediterranean region that could coincide with increasingly stronger tropical storms coming from the Bay of Bengal,” Gillies said. “This is a Perfect Storm scenario.”

Warming in the Bay of Bengal strengthens tropical cyclones like the one that moved toward the Himalayas in the fall of 2014.

“The storm characters from both the west and south have changed,” Wang said. “Such a change means more frequent western storms and stronger tropical cyclones are happening in a colliding path, creating hazardous mountain weather.”

October has long been one of the most popular trekking months in Nepal due to ideal weather and while it’s difficult to attribute one event to a long-term trend, the researchers said the disaster could portend even more unpredictable weather in the future.

Saraju K. Baidya, deputy director general of the Department of Hydrology and Meteorology in Kathmandu, said the research would benefit scientists in Nepal who as they try to forecast future extreme weather events and could “help in saving the lives of many people.”