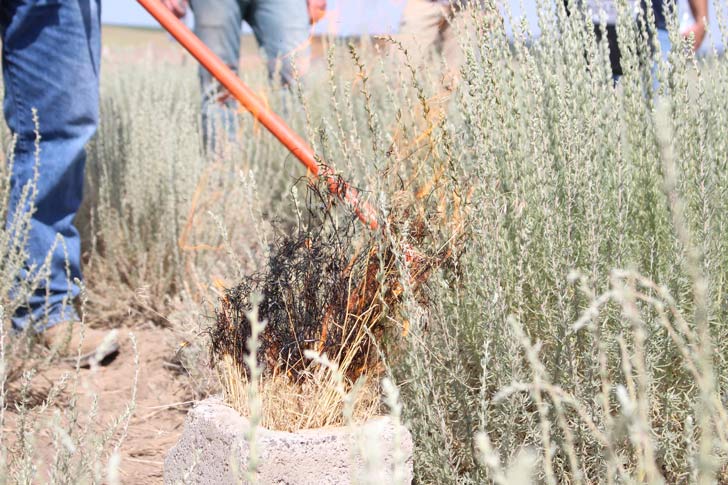 Wildfires destroy millions of acres of range and forest every year according to the National Centers for Environmental Information. Many of these fires are human caused, but fuel like cheat grass causes fires to burn faster and hotter than it would in areas with different fuel. Researchers in Utah are working to introduce more fire-resistant plants into western landscapes to reduce the damage.

Forage kochia is a plant similar to rabbit brush. The difference is that it contains high amounts of protein, it’s easily digested by livestock and wild animals and it has fire retardant abilities. A taller perennial variety called Snow Storm was developed by Blair Waldron, a plant and weed researcher with the U.S. Department of Agriculture’s Forage and Range Research Lab at Utah State University.

“It’s a valuable opportunity to protect ourselves,” Waldron said. “There are some bad fires happening and I always think ‘I wish they would have had some forage kochia there.’ There was no really need to have that kind of damage.”

Waldron has been studying the plant for 20 years, but a 10-acre plot of forage kochia was put to the test in 2007 in a Millard County fire that burned 160,000 acres.

“I drove down there afterwards and took pictures and it looked just like moonscape,” Waldron said. “But this little 10-acre evaluation of forage kochia had stopped the fire right there and saved about 1,000 acres behind it and that 1,000 acres became an oasis for wildlife and a seed source for native plants.”

Bob Newhall, an emeritus professor of soil water conservation first experimented with the immigrant prostrate variety of forage kochia in the 1980s in response to the Twin Peaks fire in 1986.

“The West Desert has been changed ecologically from the native shrubs and native grasses that were there to cheat grass infested,” Newhall said. “That means the fire cycle is 6-7 years versus 40-50.”

The Twin Peaks create a wind funnel on the West Desert and Newhall said after fires repeatedly burned the cheat grass, 18 to 24 inches of soil were removed by the wind in about 2 years.

USU Extension, along with other state agencies worked together trying to reclaim the land. After seeding native grasses, the winds blew them away in the spring. Dust was beginning to settle in nearby reservoirs and on haystacks in Delta. 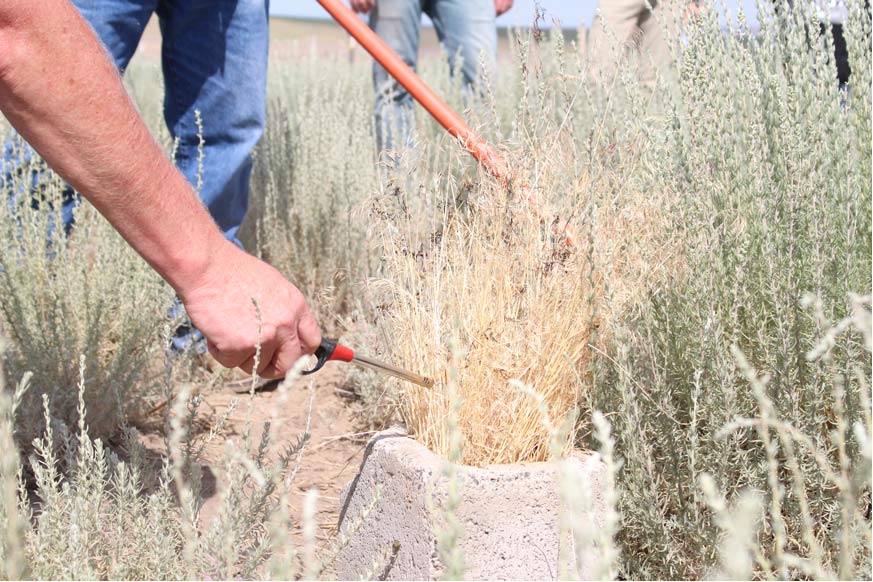 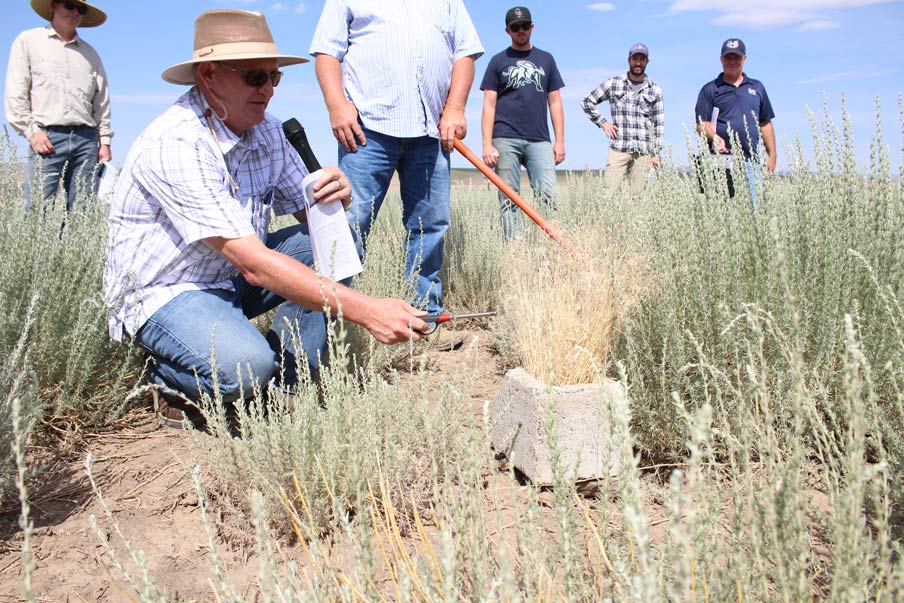 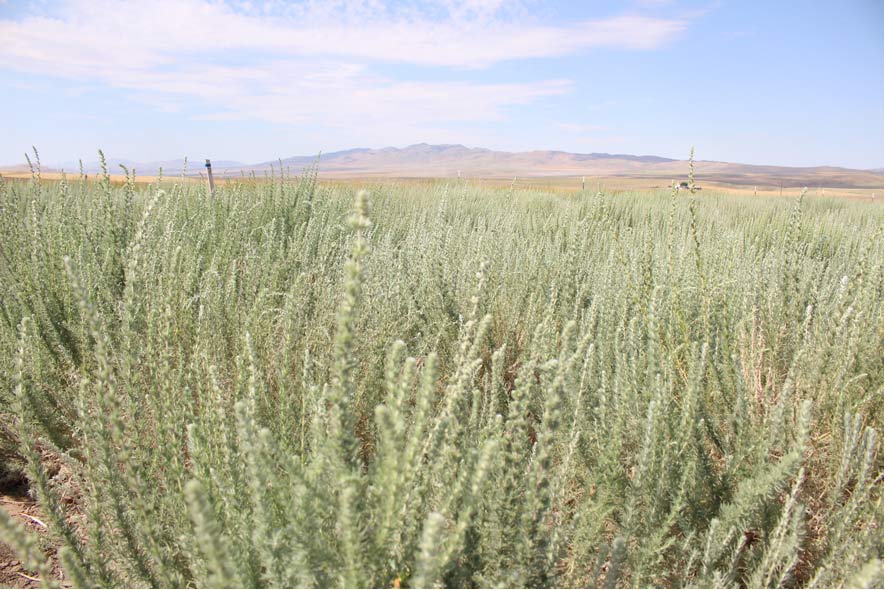 “That winter we experimented with kochia and 27 different plant materials and it worked,” Newhall said. “We had an irrigation dike for flood irrigation. We used that to make individual borders for wind erosion control to try and get things established. That did work.”

Forage kochia is native to Kazakhstan and Uzbekistan so Newhall and Waldron understand why people are worried about introducing a non-native species to the area, but have found it is non-invasive.

“When we started working on it, we went and looked at all the plantings we could find in the west,” Waldron said. “They aged from 1 year old to 25 years old. We wanted to see what had happened since they had been planted. If you go to observe one year you’ll see that forage kochia has started to move a little bit, but if you’ll go over a 25-year period, usually there’s very little movement of forage kochia.”

Waldron’s research on forage kochia shows that native grasses cannot compete with cheat grass. Due to wind erosion, the soil actually allows cheat grass to thrive more easily than the native grasses. Waldron says kochia levels the playing field for native plants and grasses and shrubs such as squirrel tail and winter fat.

Another application of forage kochia Waldron is studying is as fall and winter feed for cattle. After conducting research on a ranch in Box Elder County, Waldron found that cattle were able to graze longer, all the way into December in some cases, instead of having to be fed hay. That saved 25 percent more per day per cow. Another economic analysis found that if livestock could graze for 100 extra days each year it resulted in 10 percent savings on the annual cost of livestock production.